Tung’s Orthodox Acupuncture (T.O.A.) This unique ancient Chinese acupuncture was possible developed by the Tung’s ancesters traced back to Han Dynasty. The Tung’s school of traditional acupuncture is totally different from the average Chinese Acupuncture. T.O.A. does not apply any meridian concepts, but taking its’ own 500 unique Tung’s points. With its special method of induction and acceleration taught by the late Master Tung, it can induce speedy recovery of one’s energy in most conditions. Tung’s system emphasizes more on extremities than torso part of human body. Therefore, in any clinical conditions lesser needles are needed. During the acupuncture treatment those techniques such as “Pu” or “Hsieh” are not needed. Due to the recent studies showed that the Central Nerve System can auto-regulate such a process, and embryology research resultsindirectly indicating  that T.O.A is more scientific than any other forms of traditional Chinese acupuncture. 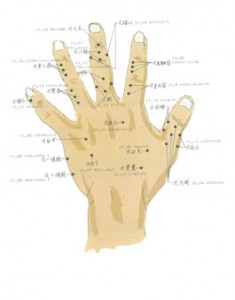 Basically speaking “Acupuncture” is not just a therapy method. Some people especially in the West think who ever just read some acupuncture textbooks or attending some training courses which indicating this person knows acupuncture. Further, if one could pass a government organized examination for acupuncture; one can be certain that he or she must be a qualified Acupuncturist and could start such a life-long profession. As for whether one is a competent acupuncturist or not is only up to a matter of time, which one can accumulate one’s experience during one’s life. If you believe the above statement then you are certainly under-estimate this acupuncture profession. In the East people respect those acupuncturists or those who can perform acupuncture treatment simply because these practitioners know something beyond and also maybe with some kind of super human ability This is the reason why all famous acupuncturists’ appearance in the ancient archives or history books were all process a special personality and a God- like compassion. This phenomenon can easily be found at The Yellow Emperor Internal Medicine or other classical acupuncture books. In the past acupuncture training is mainly falling into a “Master-Disciple” training format, same as other profession like those Herbalists, Carpenters, Monks, Kung fu experts, or Freemasons …etc. The students would not dare to just treat his Master like a common paid teacher, but more or less like a father figure, with unconditional love and respect. In another words the Master is also those devoted students’ “mentor”. 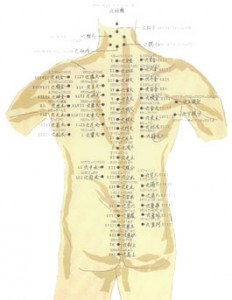 Because the students or disciples are usually have no previous knowledge or some sort of preliminary skills of the said profession. Therefore they need a lot of learning and practicing under the guidelines or supervision of a well-established Master. So ones Master is count as a “giver “and student as a “receiver”. Master is like a “father” and students are “sons and daughters” of the family. With this orientation students are not only learning the professional skill in order to be just “like father like son”. Usually, the students will obey those rules set-up by their Masters. As for disciples even more strict rules applied when one have been accepted by ones’ Master, this vow or disciples rules have to keep even after ones’ Master have died. This is the typical Eastern way of life style which is very similar to the Freemasonry, and this pattern has passed on until present time in Far East or Asia except in mainland China (because Chinese Communists never respect traditions or heritage from their own root and they are all atheists). Similarly, there have no official recognized Lodges from the Communist controlled China by the Grand Lodge of Freemasonry. Therefore in the past if one dares to betray ones’ Master, this act will be count as a serious matter as if one has committed a cardinal sin! This is similar to Jews worship the Golden Calf which betrayed teaching from the God mentioned in the Old Testament of the Holy Bible.

In Tung’s acupuncture most true disciples would agree that our late Master is a kind and amiable teacher; Master Tung is also an old fashioned northern Chinese gentleman with a strict discipline (this may be developed during his childhood martial arts training alongside with his military service years). As for Master Tung’s knowledge we believed he has obtain a lot of the original form of art of healing from his family heritage, including Acupuncture (both in human and animals), herbs, Dru-You (ancient Chinese Shamanism techniques), Fung-shui and Kung fu etc. Master Tung is very proud of his province of Shang Dong, where the great philosopher and teacher— the Confucius were born there. Perhaps that’s the reason why Master was so serious and dedicated to all his students and patients. He strongly believed  that the Communism is so foreign and unkind to the native Chinese people, also  he thinks Mao’s killing and destruction conducts have severe damaged the spirits  and shape of his beloved motherland-China. Master Tung believes that Mao’s evil conducts and Stalin’s type of Communism ideology both betrayed what Master Tung’s original believes—the Taoism and Confucianism. In this case Master Tung through his whole life he will never accept any student who has a membership of Communist Party. All students may recall when Dr. Marian Zazula, MD has arrived Taipei from Canada in 1972, who wishes to enroll into a disciple programme. But  because of Dr.Zazula were originally born and raised inside of the then USSR, so  that he needs to call a Polish Bishop to verify in writing that he is NOT and  never ever been a member of Communist Party before he can be accepted by our  Master Tung.

In those days, all disciples(local and overseas) before accepted by Master Tung will follow the old tradition to invite some local or government officials to attend the ceremony dinner at some restaurants as the witness of this ritual. During such dinner the student will offer Master a huge tuition fee and an agreement which stated that this new disciple will respect the Master like his own father and a total obedience should kept for life. Most important thing is not ever to betray the Master if one day that you have obtained the skill and knowledge of this profession .If one ever violated such vow a serious curse will occurred. upon the disciple. It is difficult for ordinary Western professionals to undertake such Eastern ritual except Freemasons. As matter of fact this ritual is count as more important even than ones marriage vow; and should be kept as long as one is still practicing such profession. Master Tung’s uncompromised attitude toward the Communism especially the Chinese Communist Party and its regime (People’s Republic of China) is well known among his disciples. It’s unfortunately that after our beloved Master passed away in Taipei, the capital of the Republic of China in 1975; all loyal disciples still kept their vows seriously and will never violate their commitment toward their late Master. Dr. Palden Carson and other five Chinese disciples obtained the final secret information of Tung’s Orthodox Acupuncture before the Master passed away. Maybe this is the way Master Tung would like to choose this selected group of disciples to carry on his true teaching. Since Dr. Carson is the only author and editor of English version of Tung’s Orthodox Acupuncture appointed by the Master Tung in 1973, therefore in 1975 Master Tung again at his bedside insisted Dr. Carson to promise him that in the future Dr. Carson will bring Master’s unique teaching to the West including both Europe and America. Maybe Master Tung would not trust his other Chinese students to do such mission (because Master is aware that none of his then disciples can also enrolled into local top National Taiwan University for a proper medical training like Dr. Carson.) Dr. Carson— a surgeon in Taiwan and also obtained a government scholarship in 1982 went to United Kingdom for further surgical as well as sports medicine training and practicing. A few years later, after our Master passed away certain Taiwan Chinese students started to call this native Sang-Dong style of Acupuncture as a “Taiwanese native style Acupuncture”. Some students even went to People’s Republic of China to study Chinese medicine and teach those Chinese Communists there how to practice our Tung’s acupuncture. These conducts are all not acceptable from the old day’s standards and simply count as disrespect to our own late Master, and surely these students are not set a good example among our Tung’s disciples. As a group of Master Tung’s true disciples we setup this   The World Tung’s Acupuncture Association to promote our Master’s genuine teaching will uphold our standards to teach the right people this unique style of classical acupuncture. We will NOT violate our vows to take any Chinese Communists as a student and will NOT conduct any .T.O.A. training courses in mainland China. This is not a matter of “politics” as mentioned by some copycat of non-authentic Tung’s associations, but just a matter of principle and respect to our beloved late Master Tung. We sincerely hope that all acupuncture practitioners can understand this point of view; we are Master Tung’s true disciples we merely do not like to betray our Master or violate our vows! We would like to take this opportunity to inform every acupuncturist that DO respect your Master; this is the only way that you may learn something genuine. There are so many things that you can’t just learn from textbooks or classrooms. If you want to learn the true form of Tung’s Orthodox Acupuncture find a genuine Master Tung’s disciple first! Remember no one can become an excellent Tung’s Orthodox Acupuncture practitioner if one just manages to learn from any second hand source. Some of this self appointed Tung’s Acupuncture Seminar “teachers” didn’t even see the Master Tung to perform our Tung’s Orthodox Acupuncture themselves, then how can these “teachers” show the beginner the right way of our Tung’s unique skill? Simply don’t be fooled by them!