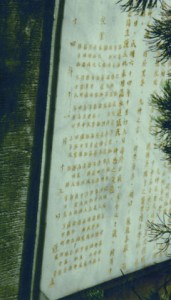 Acupuncture the first known Chinese medical textbook is on acupuncture and it dated back about 400.BC. Acupuncture is an ancient Eastern form of medicine and it has been used in China, India, Tibet, Vietnam, Mongolia, Korea and Japan for the last 2000 years. Acupuncture is a medical treatment as well as a holistic healing process that has been practiced in China for more than 2000 years. During an acupuncture session, needles are inserted into some of the body’s acupuncture points in order to release blocked flows of energy. It is most commonly used to relieve pain caused by arthritis, migraine and period pain, and to cure addictions such as smoking. Acupuncture is now getting more popular in various Western countries, especially as more people in western society disliked taking pills. It is a new trend that people nowadays are more likely to request a combination of both conventional and alternative medicine (especially the acupuncture) treatments for their ailments or illness.

The Epitaph of Master Tung’s grave yard, showing the 73 names of his true disciples 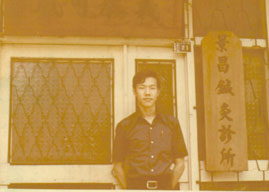 The World Tung’s Acupuncture Association (W.T.A.A) is a provincially registered non-profit professional, and International organization. The W.T.A.A. was established by three medical doctors: Dr. Palden Carson, Dr. Marian Zazula, and Dr.Wangden Carson. Dr. Palden Carson is a disciple of Master Tung, and is the author of the only authoritative English text book of ”Tung’s Orthodox acupuncture” which was approved by the late Master Tung in 1972. Dr. P.Carson is the President of the W.T.A.A. and has practiced Tung’s Orthodox Acupuncture according to Master Tung’s 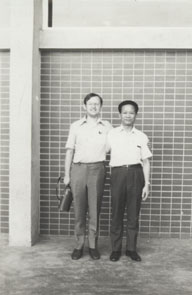 original teachings since 1972 in Taiwan (Rep. of China), then in Europe and later in North America. Dr Carson obtained his post graduate medical training at the Royal London Hospital, U.K. Dr. M. Zazula is also a disciple of Master Tung since 1973, he is the vice-president of the W.T.A.A. and a well-known specialist of environmental medicine.

Dr. P. Carson has run various Tung’s Orthodox Acupuncture teaching courses according to the original Master Tung’s genuine teaching since 1981 in Europe, and later in Canada and Taiwan (Rep.of China.).  According to the regulations, the W.T.A.A. will only accept members, who is the disciple of the late Master Tung or has attended a Tung’s Basic Diploma Course organized by the W.T.A.A. in UK, Canada, USA or Taiwan. W.T.A.A. will promoting Tung’s Orthodox Acupuncture according to Master Tung’s Original teaching, and will respect our late Master’s own strong anti-communist sentiment. Therefore, regretfully this Association will not able to accept any Communist Party members of any nations as a member, and also will not accept any forms of research funds or donations from any known Communist Governments.